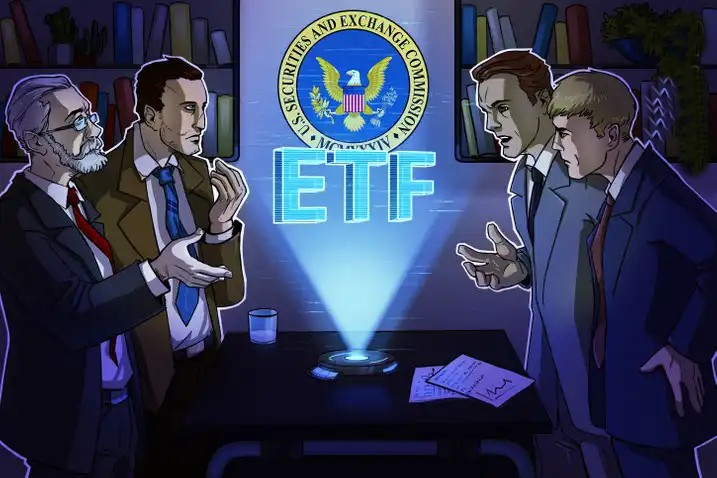 “I believe all possibilities are on the table,” Grayscale CEO stated, adding that the business has devoted “all resources” to transforming its flagship Bitcoin trust.

Grayscale CEO Michael Sonnenshein said that the company is preparing to go to court if the US Securities and Exchange Commission rejects Grayscale’s Bitcoin Spot exchange-traded fund (ETF) (SEC).

In an interview with Bloomberg on Tuesday, Sonnenshein was asked whether he would consider filing an Administrative Procedure Act (APA) lawsuit if the financial authority dismissed its registration for its Bitcoin Spot ETF.

“I believe all alternatives are on the table,” he said, emphasizing the need of continuing to speak for investors. The next decision date for the investment product’s approval or rejection is July 6, 2022. It was previously postponed in February and was scheduled to be filed in October 2021.

“The Grayscale team has dedicated all of our firm’s efforts to transforming GBTC, our flagship fund, into an ETF.” It is critical that investors understand that we have and will continue to speak for them.”

Grayscale announced plans to convert its Bitcoin Trust to a Bitcoin (BTC)-settled ETF in October 2021. The SEC postponed a decision to approve the product in December 2021, claiming the need for more time to review the proposed improvements, and they did so again in February.

Grayscale’s proposed amendments were opened to public comment by the SEC. According to a February review of the response gathered by the regulator, 95 percent of respondents supported the move. Grayscale has devoted a section of its website to encouraging investors to make comments to the SEC.

See also  How to Use a Robo-Advisor to Invest

“GBTC is currently held by investors in all 50 states, and there are over 800,000 accounts in the United States that are all waiting patiently to have it transformed into an ETF,” Sonnenshein added.

“It was a really exciting news that we now had Bitcoin futures ETFs available in the market, but unfortunately, it has driven investors into those Bitcoin futures products, since those are the only ones that exist.”

Sonnenshein went on to say that Grayscale was heartened by the SEC’s support for crypto exchanges registering with the agency, as well as President Biden’s recent executive action on cryptocurrency.

“In the end, we think it is a question of when, not if, a spot Bitcoin ETF gets authorized.”