Crypto users in Africa are expected to increase by 2,500 percent by 2021, according to a new report 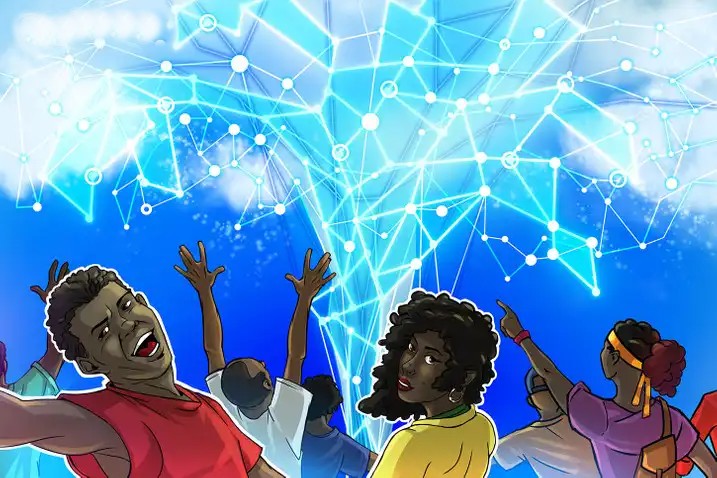 According to a recent analysis by KuCoin, the volume of crypto transactions in several African nations has surged by 2,670 percent.

Despite socioeconomic obstacles and hurdles, cryptocurrency usage in Africa is on the rise. According to a good report from cryptocurrency exchange KuCoin, crypto transactions surged by up to 2,670 percent in 2022.

The steep inflow connects to the low values reported in earlier eras, resulting in an amazing growth pattern. The amount of crypto transactions in Africa accounts for around 2.8 percent of worldwide volumes.

According to Johnny Lyu, CEO of KuCoin, “adoption of digital assets in Africa will continue to increase rapidly,” adding that “African nations have the highest crypto adoption rate in the world, exceeding even the largest areas such as the United States, Europe, and Asia.”

Nourou, the creator of Bitcoin Senegal, believes that the thousand percent growth rates in Bitcoin (BTC) acceptance would “continue in the future years.”

“Look at how automobiles, mobile phones, and consumer electronics took off on the continent.” Africa is a continent known for its lightning-fast advancement and acceptance.”

According to the research, “almost 88.5 percent of bitcoin transactions done by Africans are cross-border transfers.” Low fees imply that “users pay less than 0.01 percent of the total value of the cryptocurrency transaction transmitted.”

In addition to high inflation and rising smartphone penetration, which essentially allows everyone to become their own bank, Africa has a youthful, digitally native populace that is acclimated to digital currencies. Africa is an excellent testing ground for the challenges that cryptocurrencies seek to tackle.

Lyu did, however, offer a word of warning regarding the astonishing growth rates:

“The pace of expansion may be influenced by both local policymakers and individual authorities’ opinions on cryptocurrencies.” Nonetheless, I think that a bright future for digital money in Africa is unavoidable.”

In Central and West Africa, for example, Bitcoin acceptance is increasing amid skepticism and unease with the indigenous currency, the CFA. Cointelegraph has examined the condition of crypto adoption in Africa, saying that “the region’s economic prospects are vast.”

According to Lyu, Africa is in an intriguing situation since the combination of “rising inflation, high unemployment rates, inadequate access to bank services, and significant costs for foreign transfers” creates a climate favorable to cryptocurrency adoption. Ultimately:

“The region’s financial troubles are prompting people to explore for new tools and technologies that might provide them with some of the economic independence they presently lack.”

In the long run, Africa offers a plethora of benefits “that cannot but contribute to the widespread usage of digital assets among natives.” The typical age in Africa is 19 years old, and more than 40% of the population lives in cities.

“Another encouraging trend is the local population’s increased technology savvy, with many young people investigating programming and internet technologies.”